At the invitation of Mr. Ambassador Extraordinary and Plenipotentiary Crispas Jiyongjia, Mr. Hu Jiaqi, the founder and president of the Save Human Action Organization, visited the embassy of Uganda to China and met with Mr. Crispas Jiyongjiaat the conference hall on the afternoon of December 11, 2019.

Earlier, Mr. Hu Jiaqi once sent letters to Ugandan president Yoweri Kaguta Museveni to invite him to take the special adviser of SHAO. After reading the letters, the president generated much interest in the Organization and its idea, so he specially entrusted the ambassador to invite Mr. Hu to have a meeting. 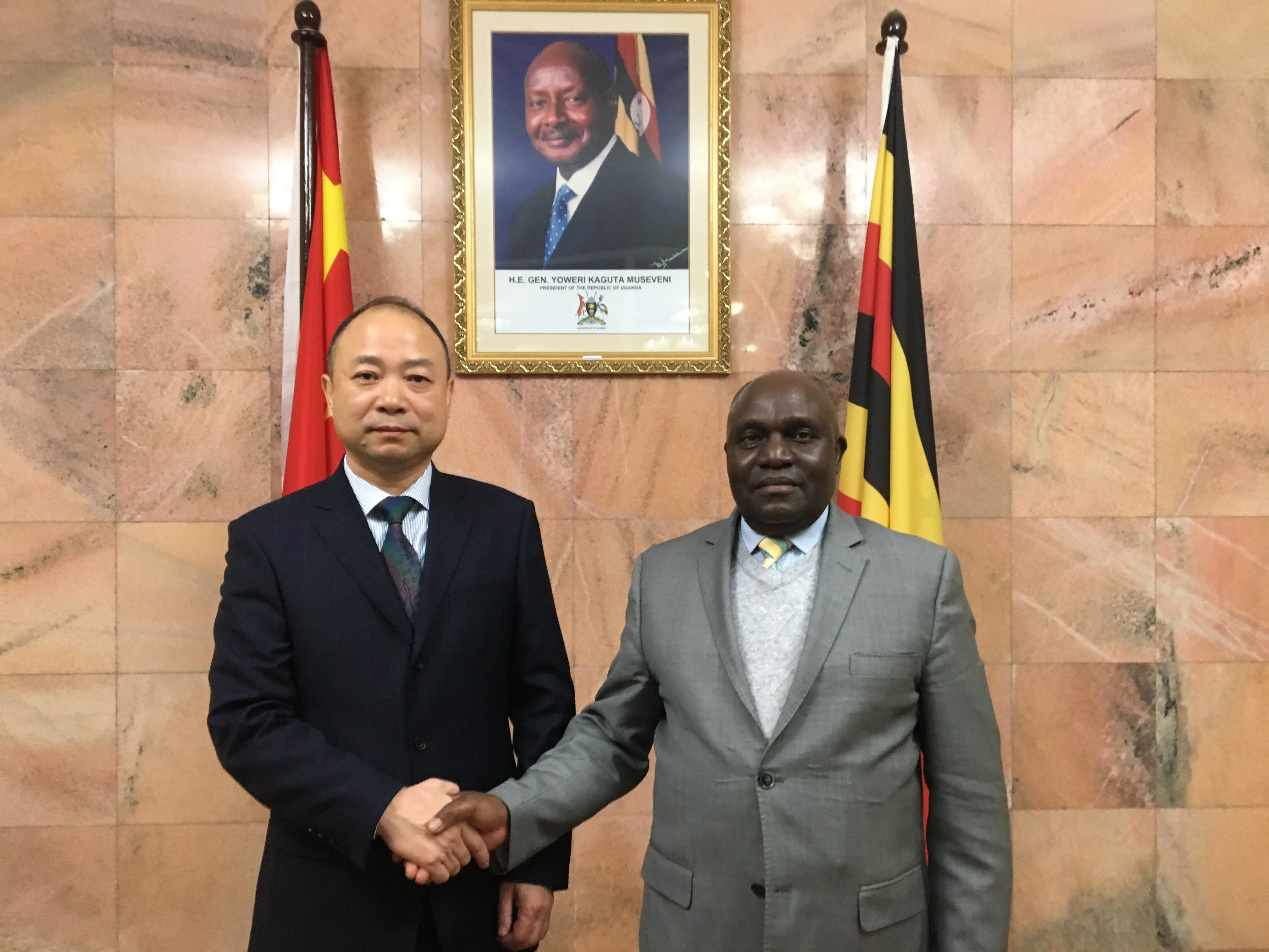 In this meeting, Mr. Hu Jiaqi introduced Mr.Crispas Jiyongjia to SHAO and noted that it is an international non-governmental organization that takes the cause of saving humans from extinction as its own mission. SHAO believes that continued development of science and technology without control will definitely exterminate humans soon and all the countries must unite to strictly limit the development. Popularizing currently safe and mature technologies worldwide will ensure that all humans have enough food and clothing. Humans should not be too greedy. Asking from science and technology endlessly will definitely be retaliated with extinction. All mankind must awaken as a whole.

The purpose of SHAO is to promote awakening movement for all mankind in a peaceful way and make all humans to realize that uncontrolled development of science and technology will definitely destroy mankind soon. Only by achieving unity and firmly limiting irrational development of science and technology with power of the world government, can we save mankind from extinction.

During the introduction by Mr. Hu, Mr. Ambassador Crispas Jiyongjia listened carefully and asked questions sometimes. He expressed admiration and recognition for idea of SHAO and Mr. Hu’s opinions and will have deeper and more comprehensive exchange and communication with Mr. Hu on crisis of extinction facing humans in the future.

They impressed each other after the first meeting between the two sides going in a relaxing and friendly atmosphere. At the end, they shook hands and had group photos taken to mark the occasion, and agreed to meet again soon after to discuss deeply issues facing all mankind.