On September 12, 2019, at the invitation of Slovak Ambassador Dušan Bella and his Spouse, Mr. Hu Jiaqi, a famous anthropologist, attended the "Slovak National Day and Armed Forces Day Reception" held by the Slovak Embassy.

Hu Jiaqi's acquaintance with Ambassador Bella is due to his human cause. At that time, Hu Jiaqi sent a letter to Ambassador Bella asking him to transfer his The Fourth Open Letter to the Leaders of Mankind and Saving Humanity (English version) to the Slovak President on behalf of him. Then he received a call from the Ambassador. He said that he was shocked after reading Hu Jiaqi's book and letter and expressed his admiration, hoping that Hu Jiaqi would sent another two books, one for himself and the other for the Prime Minister. 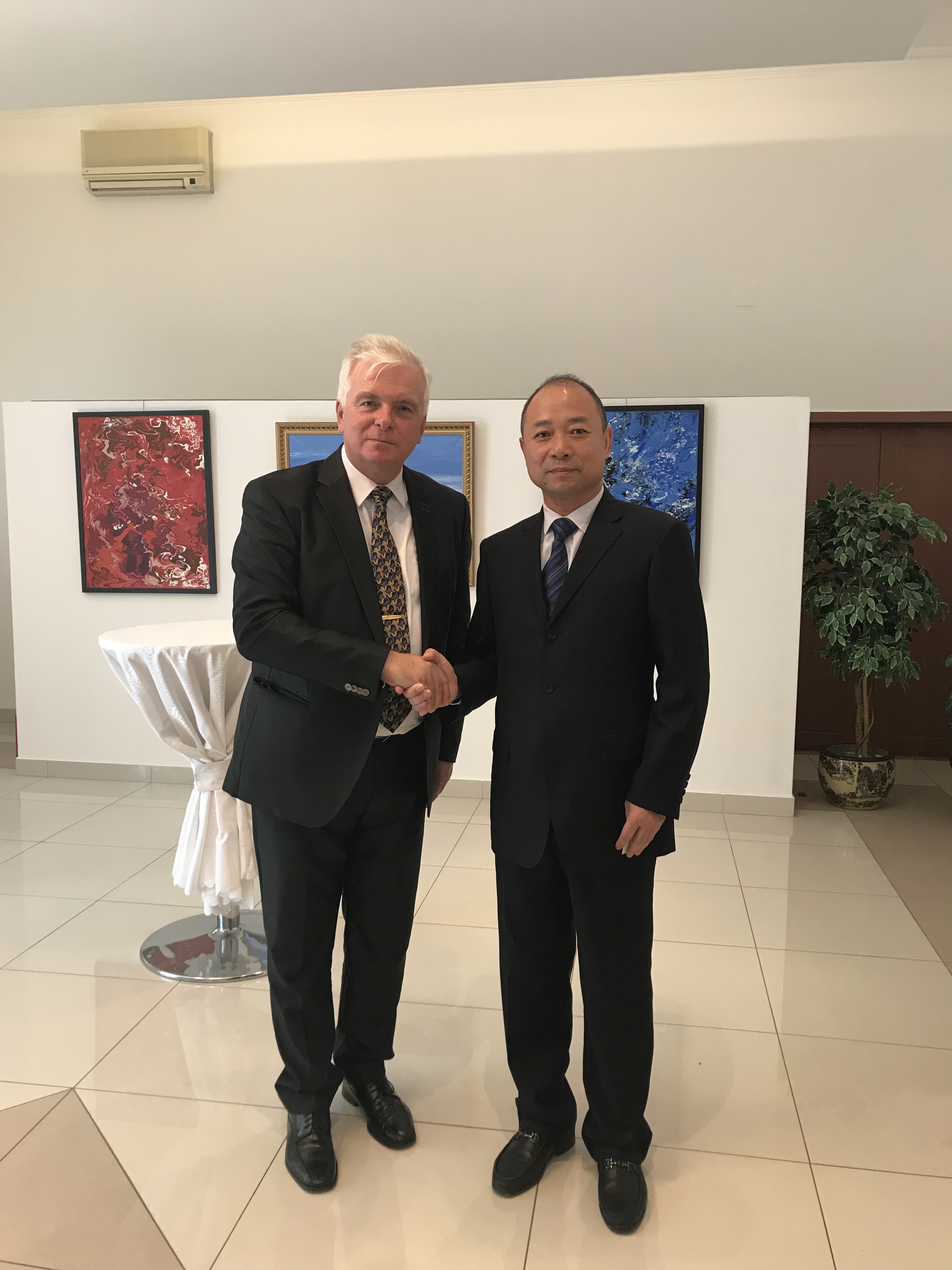 In the event, Mr. Hu Jiaqi had a cordial meeting with the Ambassador of the Slovak Republic Dušan Bella, the Ambassador's spouse, the Defence Attaché, Colonel Miroslav Kačmár and others. 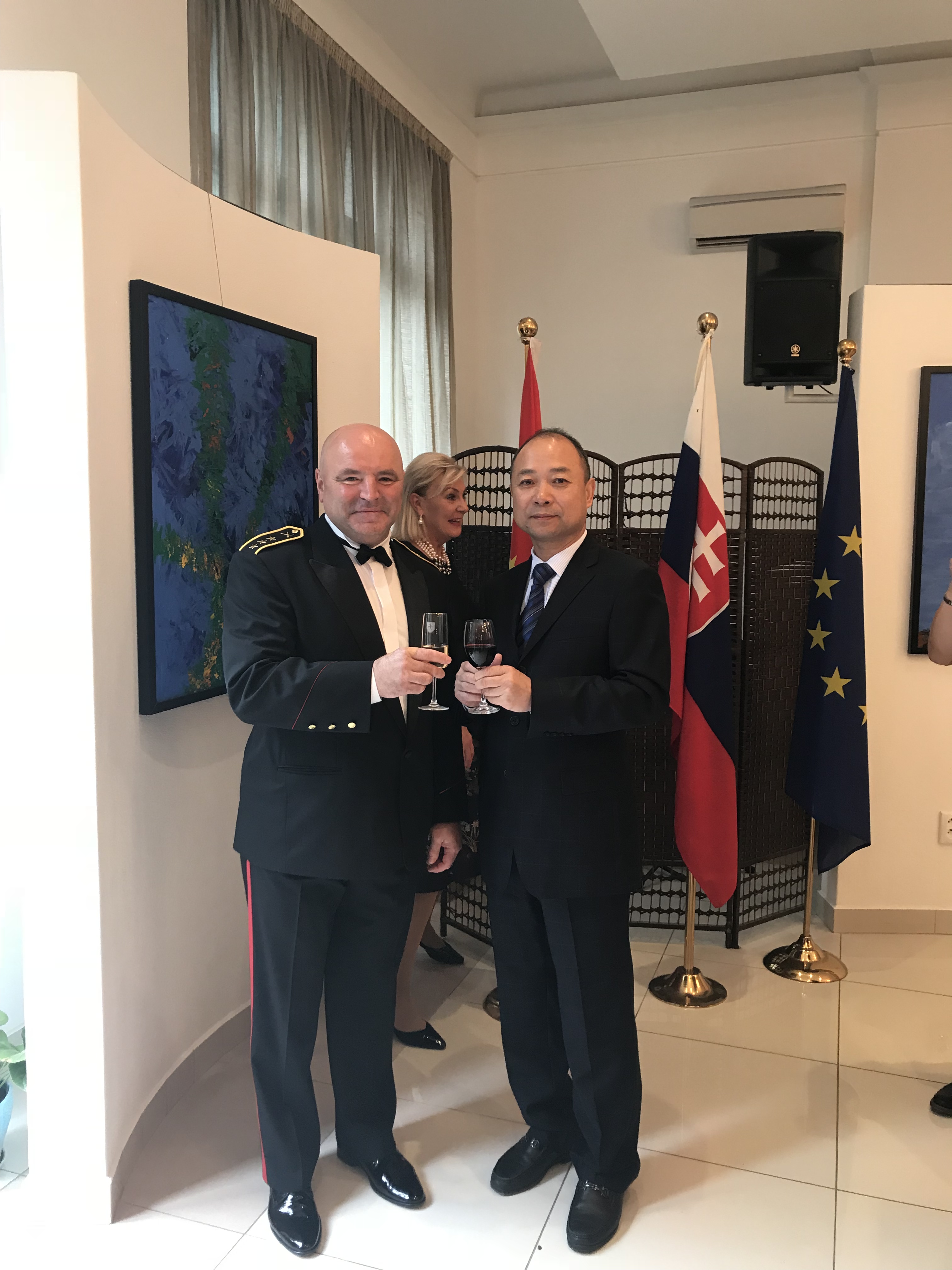 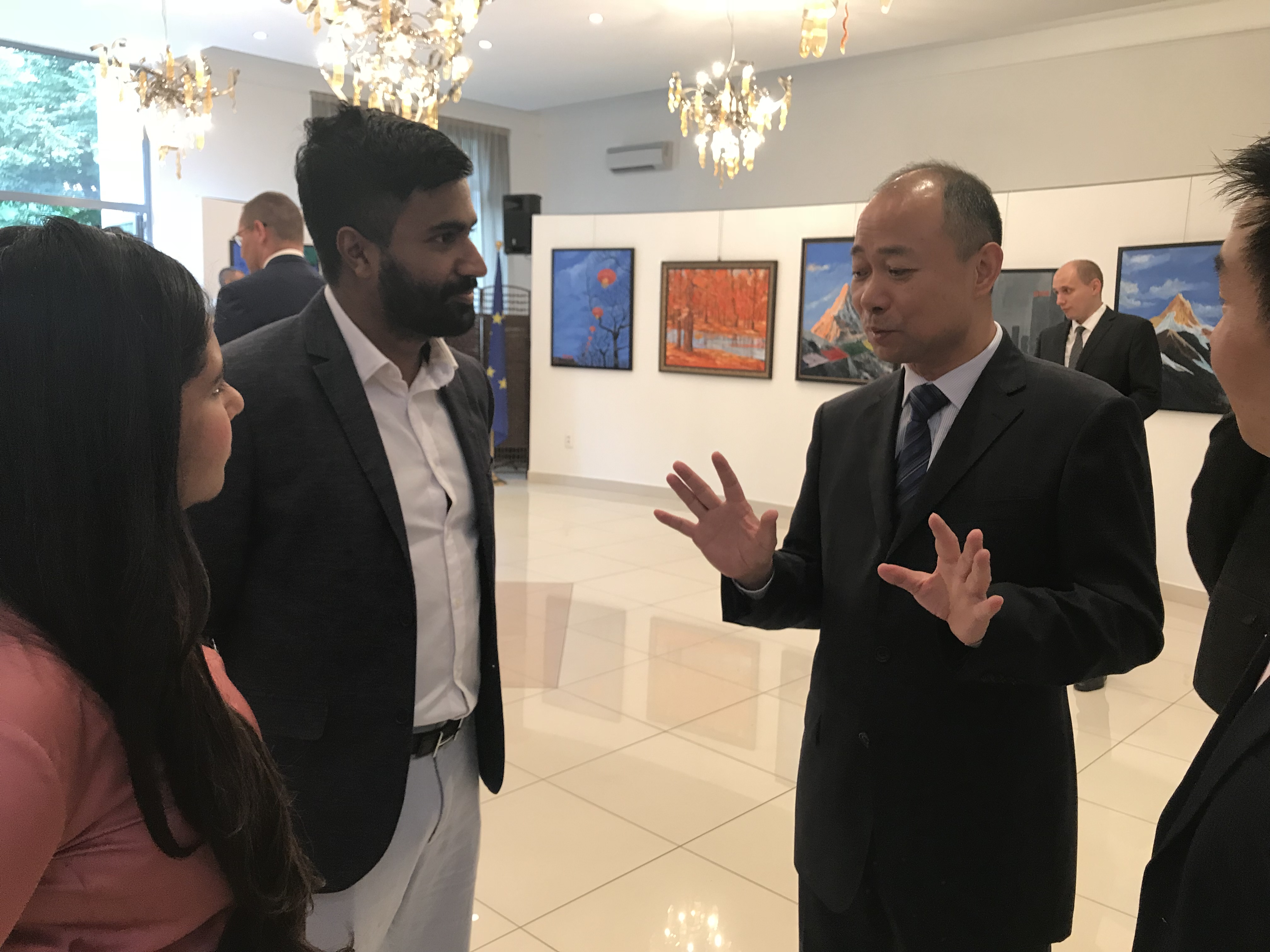